The mission of Sinai’s Preschool is to provide high quality early childhood education to our Sinai community and to the wider Chicago area by incorporating reform Jewish values and traditions within a broader, relationship-based curriculum.

Fern Katz, M.Ed., has an extensive background in early childhood education and special education as both a teacher and an administrator. Prior to becoming Sinai’s Early Childhood Education Director in 2012, Fern was an early childhood director for the JCC of Chicago and early childhood education coordinator and instructor at Governors State University. She has also taught children with special needs as well as religious school in Illinois and New Jersey. Fern is the President of Conferences and Bienniel for the national organization Early Childhood Educators of Reform Judaism and is active in the Early Childhood Directors Council of the Community Foundation for Jewish Education, and was selected to participate in the Chicago Early Engagement Leadership Initiative. Fern has led three schools (including Sinai Preschool) through the process of reaching accreditation from the National Association for the Education of Young Children (NAEYC). Fern’s article “Trust and Separation: God, Abraham, and Early Childhood Educators” was published in the Coalition for the Advancement of Jewish Education journal.

Fern has a B.S.Ed from Northern Illinois University and an M.Ed from University of Illinois-Chicago, as well as an M.A. in Jewish Professional Studies from Spertus Institute for Jewish Learning and Leadership. Fern lives in Flossmoor with her husband, Manny, and her two cats, Cinco and Zoey, while their two grown children are off in the world seeking adventure and learning and growing. Her favorite book from her childhood is Are You My Mother? by P.D. Eastman. Fern finds joy in learning, teaching, and in Judaism, and believes we are all on a journey of exploration, discovery, and lifelong learning.

Marian Cronin joined Sinai Preschool in the Fall of 2020, right in the middle of the pandemic. She is a lifelong Chicagoan and has a Bachelor of Arts in Cinema Art and Science from Columbia College. Marian is a writer who has been working with children since she was in High School. She encourages creativity through art projects, reading, and general silliness. Outside of preschool, Marian like art projects, reading, and general silliness.

Sarah Diamond is happy to be returning as a lead preschool and parent-tot teacher. Although Sarah is originally an Arizonian, she has quickly become accustomed to Chicago weather and enjoys playing in the snow with her pup, Ruby! Sarah has a degree in early childhood education and will complete her Masters of Early Childhood Education from the Erikson Institute in spring 2021. Her favorite children’s book is “What do You Do with an Idea?” by Kobi Yamada.

Abbie McKenna was born and raised in Colorado and grew up in a large family. She graduated from Colorado State University in 2016 with a Bachelor of Arts in Environmental Sociology and a minor in Sustainability. After graduation she lived in the mounts of Colorado, leading a 3-yr old ski school program. In late 2017 Abbie moved to Chicago with her partner and has been working in Early Childhood Education ever since. Abbie has taken Early Childhood classes with Gratz College. She is passionate about helping children to learn through hands-on exploration and helping them to gain a love and respect for the natural world. In her free time she enjoys yoga, cooking, rock climbing, and eating at all of the amazing restaurants in Chicago.

Edisa Perez joined the Sinai Preschool staff in January of 2022. Edisa has attended Harold Washington College and is planning on pursuing a degree in Education. She is fluent in both English and Spanish and shares her knowledge with the children and staff. Edisa worked as a teacher’s assistant St. Albie’s Catholic Church and the Hyde Park Art Center.

Jennifer Singer returned to Sinai in 2012 after a seven year absence. As a painter for over 35 years, Jennifer loves art, teaching, and teaching art. She has a B.A. in Anthropology from Northeastern Illinois University. Jenny has continued her education taking early childhood education classes at Oakton Community College and participating in many workshops including a Community of Practice on Infant and Toddler Education and is now participating in a class on Observation and Documentation.  Jenny’s children are grown, but when they were little boys, she loved to read Sometimes I Like to Curl Up in a Ball to them. 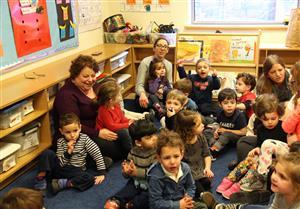 “I’ve found my tribe.”
And with these four words, Fern Katz, early childhood education director of Chicago Sinai pre-school, summarizes her joy at belonging to the Early Childhood Educators of Reform Judaism (ECE-RJ) – and just being named Vice President of Conferences and Biennial.

Not that the new position doesn’t involve work. And lots of it. After all, in her new role, Fern will not only oversee one biennial ECE-RJ conference, but also coordinate the organization’s presence at the Union of Reform Judaism Biennial in 2017.

Then again, she’s used to it. “I’m not a party planner,” she explains. “On the other hand, I’m used to getting things done. Last year, I helped with the conference transportation, the AV materials, and edited all the print information. Now, I’m in charge of the whole megillah!”

The ECE-RJ is something special, she says, because of the top-quality speakers and workshops, its idea-sharing and intellectual focus, and its community. The kinds of topics every one of the nearly 400 members talk about? 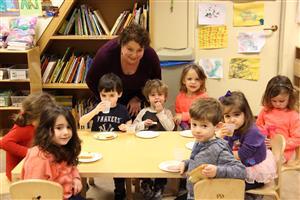 It’s the community, most of all, that matters to Fern. In her own words, it’s “a vibrant and inclusive community all dedicated to providing (and believing) in early Jewish childhood education.” 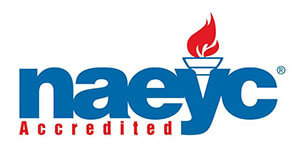 Sinai Preschool has been reaccredited under the stringent new NAEYC regulations.

Sinai Preschool is licensed by the Illinois Department of Children and Family Services, and the Chicago Department of Human Services.